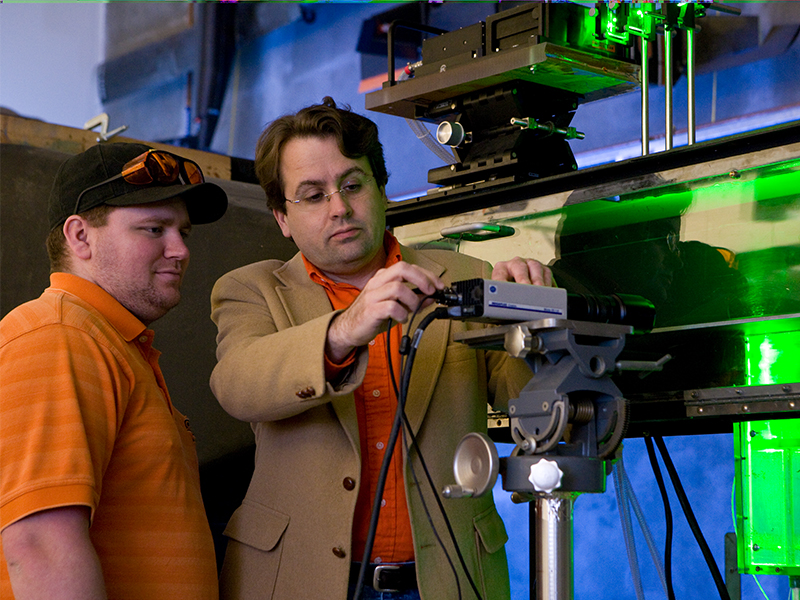 The science of photonics, or using light as current electrical engineering using electrons, is the basic technology behind the current communications revolution. As higher and higher data rates are required, photonics will play an even larger role in the successful engineer's toolbox.

received his M.S. and Ph.D. degrees in physics from the University of Warsaw in 1966 and 1973, respectively. His areas of interest include laser spectroscopy, laser engineering and development, laser application and nonlinear optics.

received his B.S. in laser science and Ph.D. in optical engineering from Tianjin University in 1987 and 1993, respectively. His areas of interest include terahertz optoelectronics, ultra-fast lasers and phenomena and nano- and micro-structured material optics.

received his Ph.D. in physics from Columbia University in 1968. His areas of interest include ultra-fast optoelectronics, optical and THz science and engineering and laser science. He is a fellow of OSA, APS and IEEE. He received the Boris Pregel Award (1985) from the New York Academy of Sciences, the R. W. Wood Prize (1989) and the William F. Meggers Award (2003) from OSA.